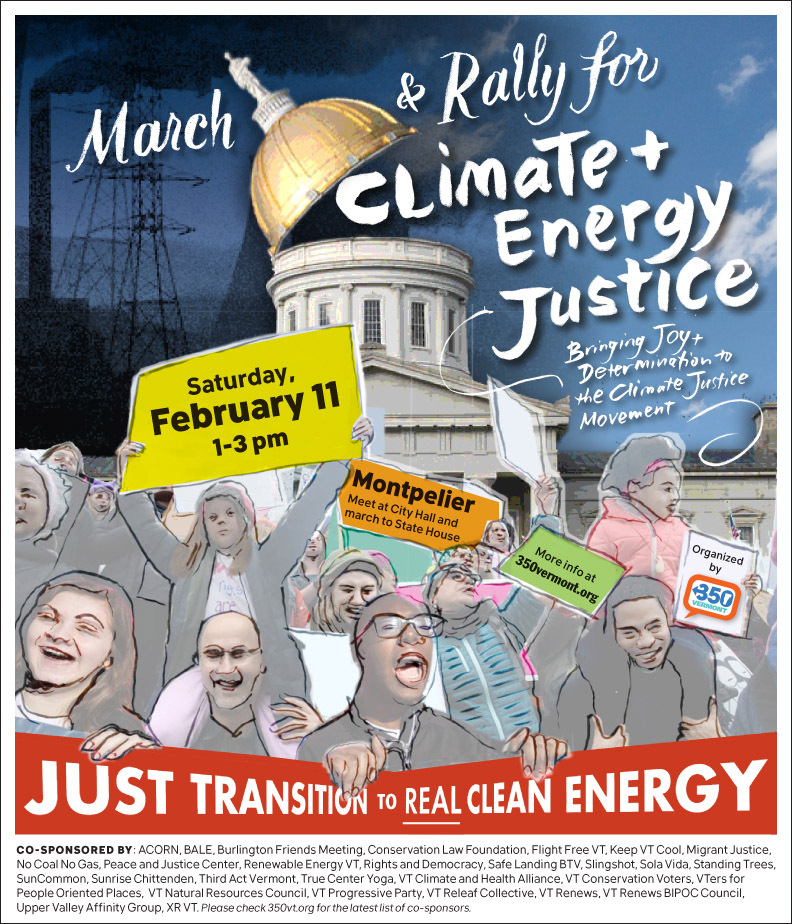 Bringing Joy and Determination to the Climate Justice Movement

To call for Climate Solutions that:

Join us and bring your signs!  We’ll sign postcards and make photo petitions to deliver to legislators on Tuesday, February 14th.  Learn more about the postcards and our Just Transition organizing.

* No new hydro-Quebec or other large hydro beyond the existing contract which are slated to end in 2036.